Today’s ORM Market Commentary is an example of what will be included in my ORM Equity/Option Trader Subscription Service for $9.99 per month. Email me at Mitchell@OptionsRiskManagement.com or tweet me @MitchellKWarren on StockTwits/Twitter if you’d like for me to notify you when it is available or if you have any other questions. 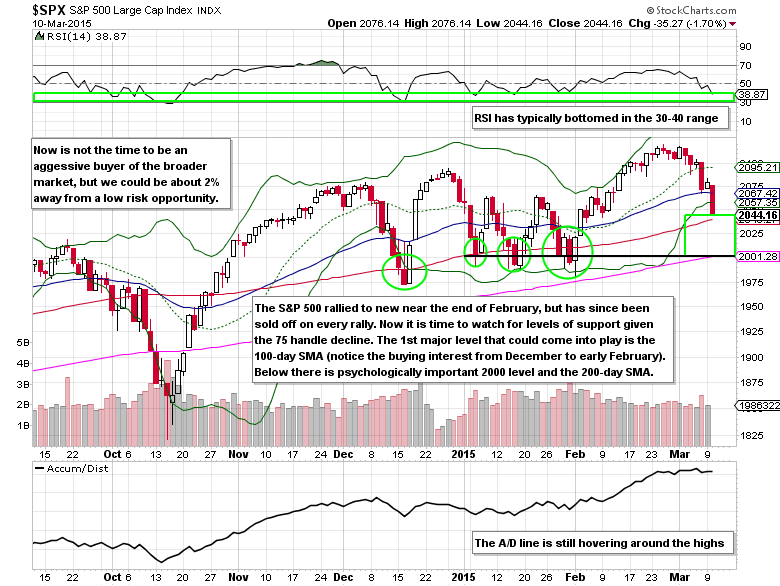 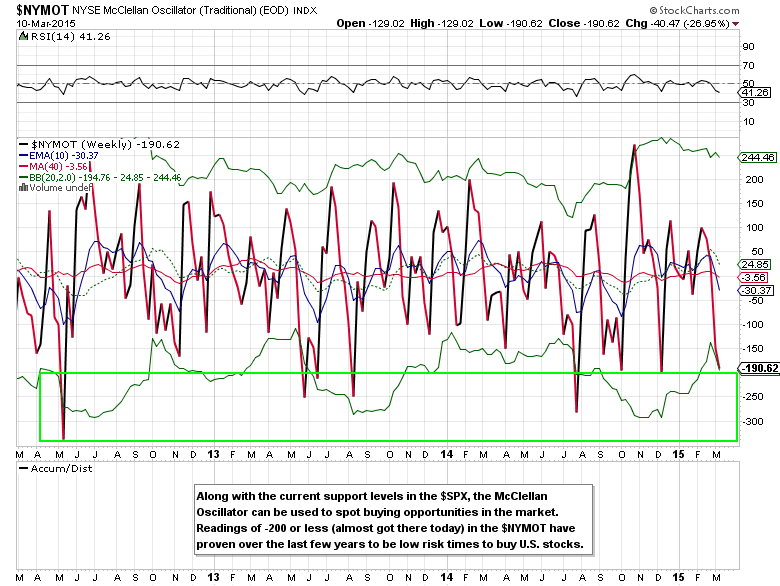 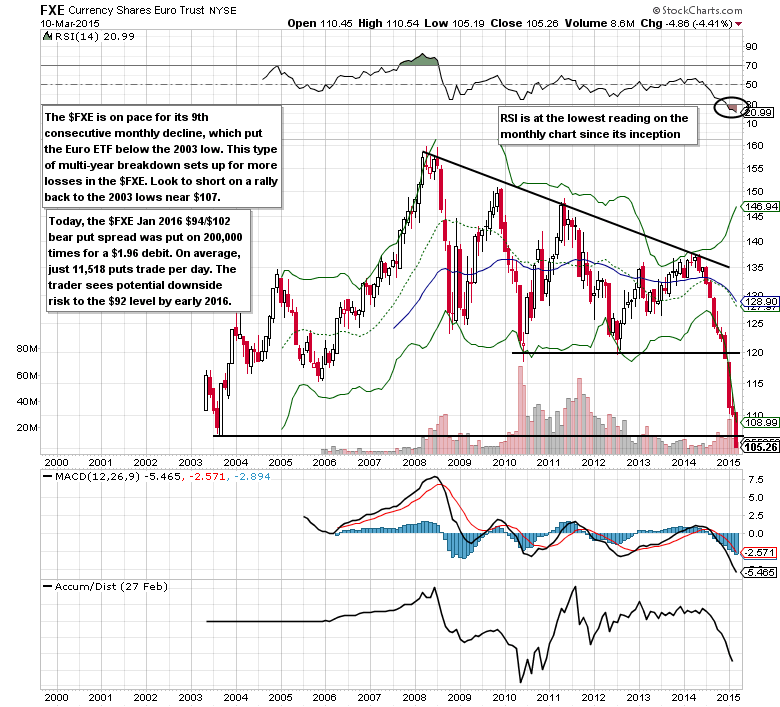 Notes: A strong U.S. dollar and the start of the Euro Zone QE program on Monday ($1.2T program) are weighing on the currency. Given that this program could last until September 2016 or beyond (2% inflation target), it is not out of the question to see parity against dollar by the time their quantitative easing has ended. 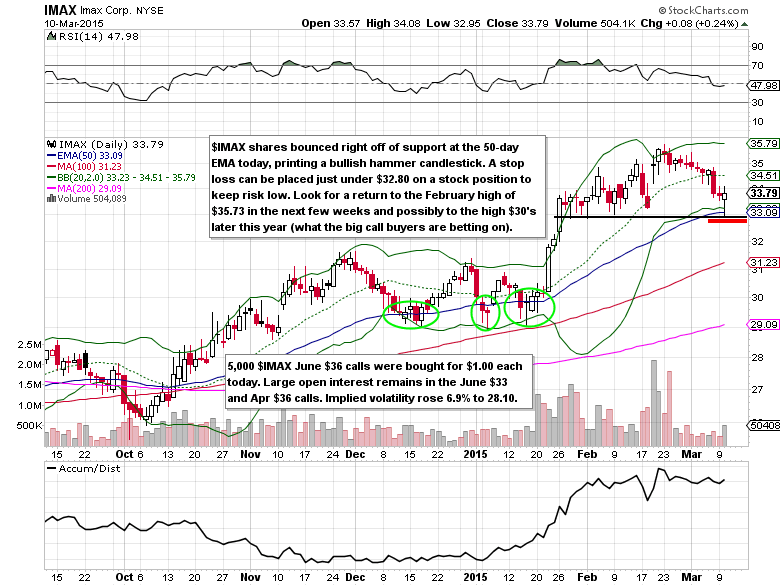 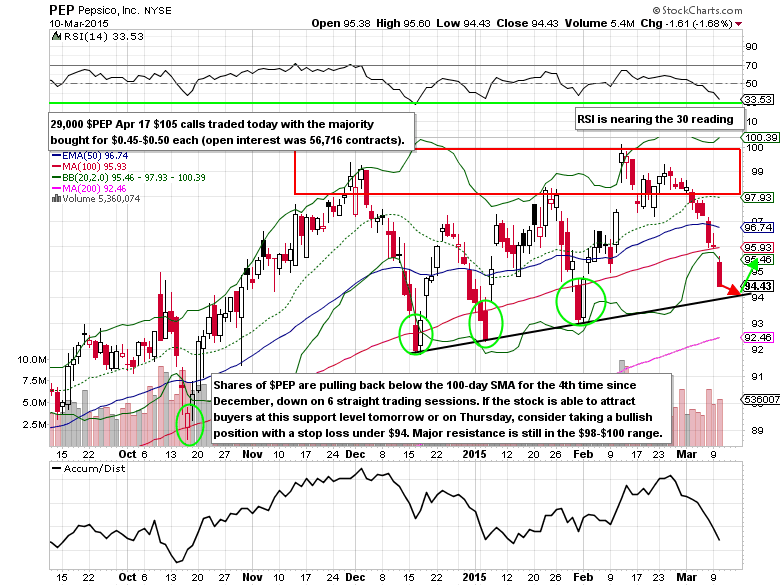 Notes: The $140B food and beverage company is feeling the effects of a strong U.S. dollar (negatively), resulting in another sharp pullback. However, the consistent earnings beats and 2.7%+ dividend yield make the stock an attractive option for those searching for yield, which is why you want to watch for dip buyers to step up in the near-term. Trading at 20.22x 2015 earnings, Pepsico is in-line with Coca-Cola (20.45x) and Dr. Pepper Snapple (20.09x). 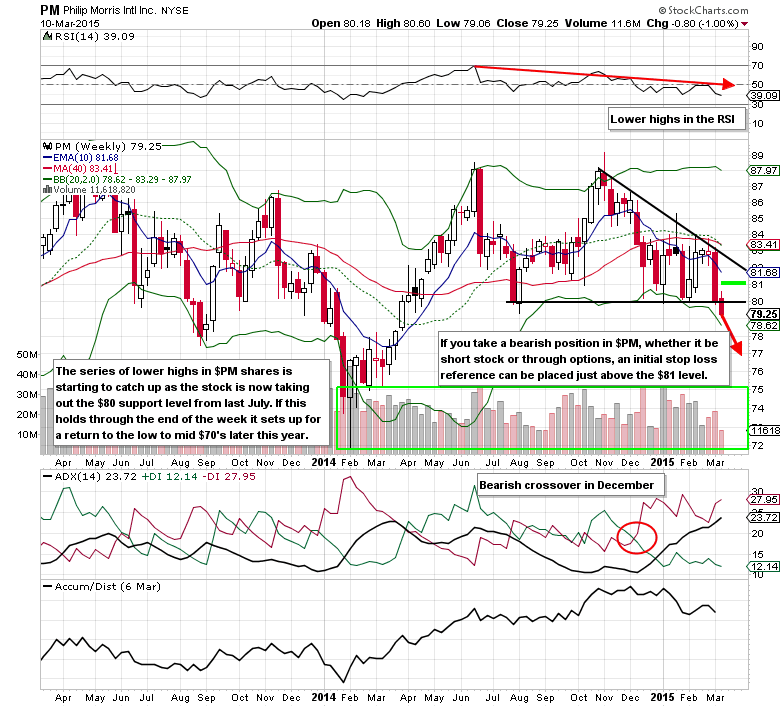 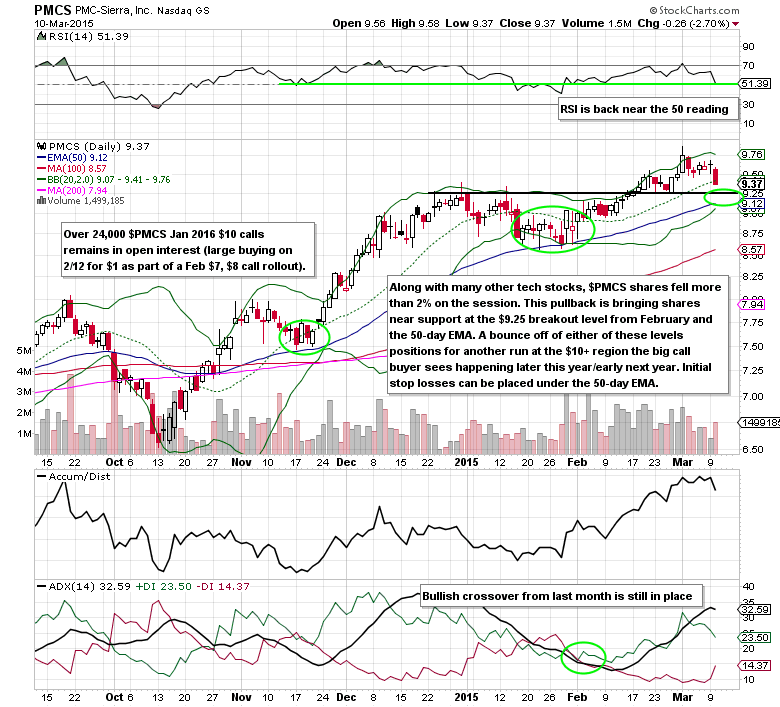 Notes: The $1.9B semiconductor company trades at a P/E ratio of 19.12x (2015 estimates), price to sales ratio of 3.66x, and a price to book ratio of 3.07x. PMC-Sierra is growing revenue annually in the 7-8% range and profits at more than 20%+ (undervalued at a PEG ratio less than 1x). On February 9th, the board authorized an additional $75M in buybacks, bringing the total to $102M in the share repurchase program. 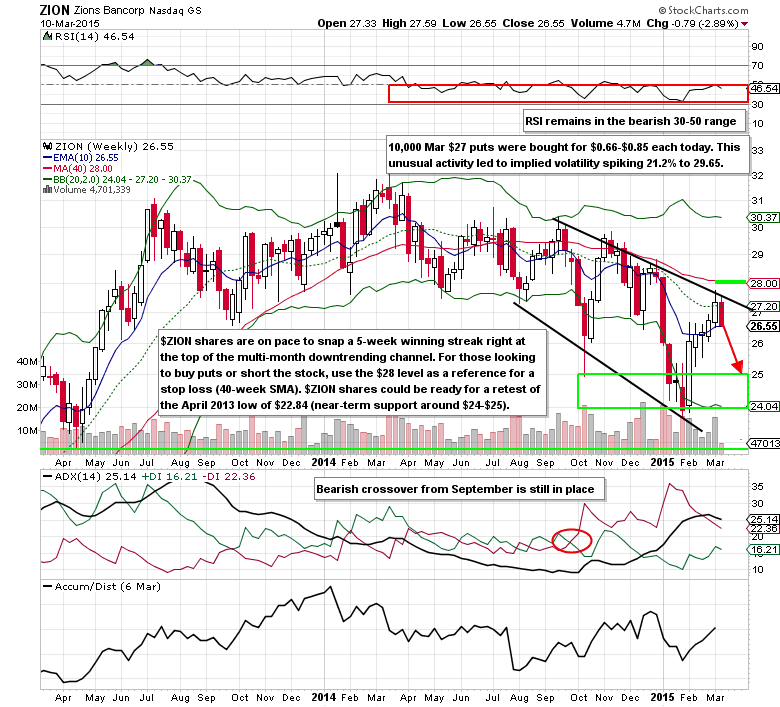 Notes: Trading at a 16.59x multiple (2015 estimates) puts it at a premium compared to the likes of JPMorgan Chase, Citigroup, Goldman Sachs, and many more, even though the company is expected to see EPS decline 6% (partially due to legal charges). They also barely made a passing grade on the Fed Stress Tests (5.1% vs 5.0% needed in Tier 1 Capital Ratio).